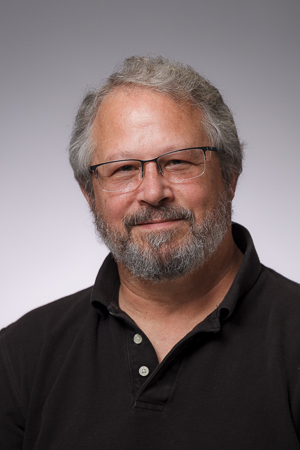 Dan Cozort grew up in North Dakota, where he ran cross-country and track and was a successful debater and extemporaneous speaker. At Brown University he majored in religious studies, specializing in Christian theology and ethics. At the graduate school of the University of Virginia, he specialized in Buddhism, learned Tibetan and Sanskrit, and began his collaboration with Tibetan lamas. He did a year of fieldwork in India, traveling broadly and staying in Tibetan monasteries. His teaching career began with a two-year appointment at Bates College in Maine. Coming to Dickinson in 1988, he proposed that the College join the South India Term Abroad consortium, which he directed in Madurai, south India, in 1992-93. In 1991 he organized the Festival of Tibet at Dickinson, which included an art exhibit he curated and was the initial occasion in which Tibetan monks constructed a Buddhist sand painting in the Trout Gallery. The monks returned in 1995 to construct another; he collaborated with Prof. Lonna Malmsheimer on a film to document it. In 2000 he began to teach in the Norwich Humanities Programme in England and in 2003-2005 he was its resident director. Prof. Cozort’s teaching is principally in the area of comparative religion, where he offers courses on Buddhism and Hinduism. However, he has also taught about Native American religions, about love and sex in relation to religion, about happiness, and has taught a variety of courses in the theory of religious studies. Currently, in addition to introductory courses, he frequently offers “Contemplative Practices in Asia,” “Buddhism and the Environment,” and “Spiritual Dimensions of Healing,” a course on the relation of religion and medicine. He is the author of six books: Highest Yoga tantra, Buddhist Philosophy, Unique Tenets of the Middle Way Consequence School, Sand Mandala of Vajrabhairava, Sadhana of Mahakala, and Enlightenment Through Imagination. He also edited the Oxford Handbook of Buddhist Ethics.He has also written numerous book chapters and articles and a film script. From 2006 to 2019, he was the Editor of the Journal of Buddhist Ethics.

RELG 201 Tibetan Buddhism
Tibetan Buddhism is probably the world's most varied and complex religion, combining elements of everything found in late Indian Buddhism-huge monastic universities, esoteric rituals involving seemingly bizarre practices, an enormous pantheon of enlightened beings, demons, and others, devotional cults, sublime art-with wild and wooly indigenous Tibetan shamanism and some aspects of Chinese religions. The course examines the development of Buddhism in Tibet as well as its increasing interest and influence in the West.

RELG 227 Spiritual Dimension of Heal
The effect of the mind on the body, long a principle of systems of healing around the globe, is again being recognized in modern medicine. This course will be concerned with "integrative medicine" and related topics, such as ancient systems of healing, shamanism in contemporary cultures, the relationship between religious faith and recovery from illness, the appropriation of traditional healing methods by medical professionals and New Age alternative healing practitioners, yoga, meditation and health, the Holistic Medicine movement in the West, and the Positive Psychology movement in the West. Offered every two years.