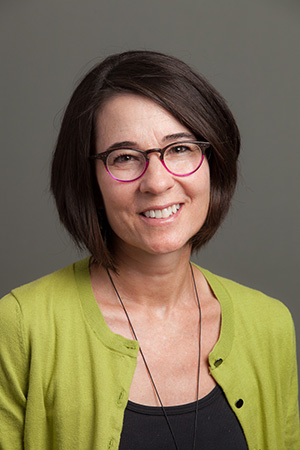 Professor Bartosik-Vélez received her Ph.D. in comparative literature from the University of Illinois. She teaches students about Latin American history and literature, focusing in particular on the colonial period through independence. She also teaches courses that compare British America and Spanish America in the early modern period. Her research interests include: intellectual history, the history of empire, the legacy of the classical world in the Americas, and the economic, political, and cultural entanglements of early modern empires.

SPAN 251 Sp for Academic Ctxt in Málaga
An advanced and in-depth study of grammatical structures to prepare students for the demands of Spanish university classes, with a focus on achieving the necessary command of the language according to DELE standards. Students will learn some of the intricacies, complexities and subtleties of Spanish grammar through personalized instruction, oral presentations and written analysis of diverse texts. These will include cultural texts, literature, art, current affairs, politics, etc. This is an intensive, four week pre-semester required course, which includes weekly exams in addition to other specific assignments.

SPAN 253 Engaging Málaga
This course provides a structured framework for students to learn from and connect their experiences in and outside the classroom in Málaga and Spain to issues with local and global significance through several lenses such as sustainability and diversity, equity and inclusion. Students will expand their own cultural and self-awareness as they engage with the history, people and communities of Málaga. It has four primary goals. (1) It teaches students about the history and diverse cultures of the region, including how different communities have sought to sustain their cultural inheritances and advocate for a more just society. (2) It helps students understand the structure and culture of the Spanish university system, and the University of Málaga in particular, so they are better able to navigate it and be successful in their course work.(3) It provides an academic context to better understand and reflect on the history and cultures of the sites visited on program excursions. (4) It facilitates students’ civic engagement in the Málaga community and enables them to learn with and from the community in informed, thoughtful, and reciprocal ways. Meets once a week for 3 hours a week during the semester. 1 credit

SPAN 372 Spanish Society and Culture
Offered only at the Dickinson in Spain program in Málaga. In-depth study of several aspects of Spanish cultural traditions and values. Contrasts Andalusian culture with other peninsular cultures. Oral and written reports concerning cultural aspects of life in Málaga. Local field trips and interviews are an important part of the course. Offered in the fall semester.

SPAN 381 Spain and the European Union
Offered only at the Dickinson in Spain program in Málaga. Study of significant cultural, literary, and historical topics concerning the Spanish-speaking world. Peninsular and Latin American topics may be offered. Specific topics to be announced.