Season at a Glance 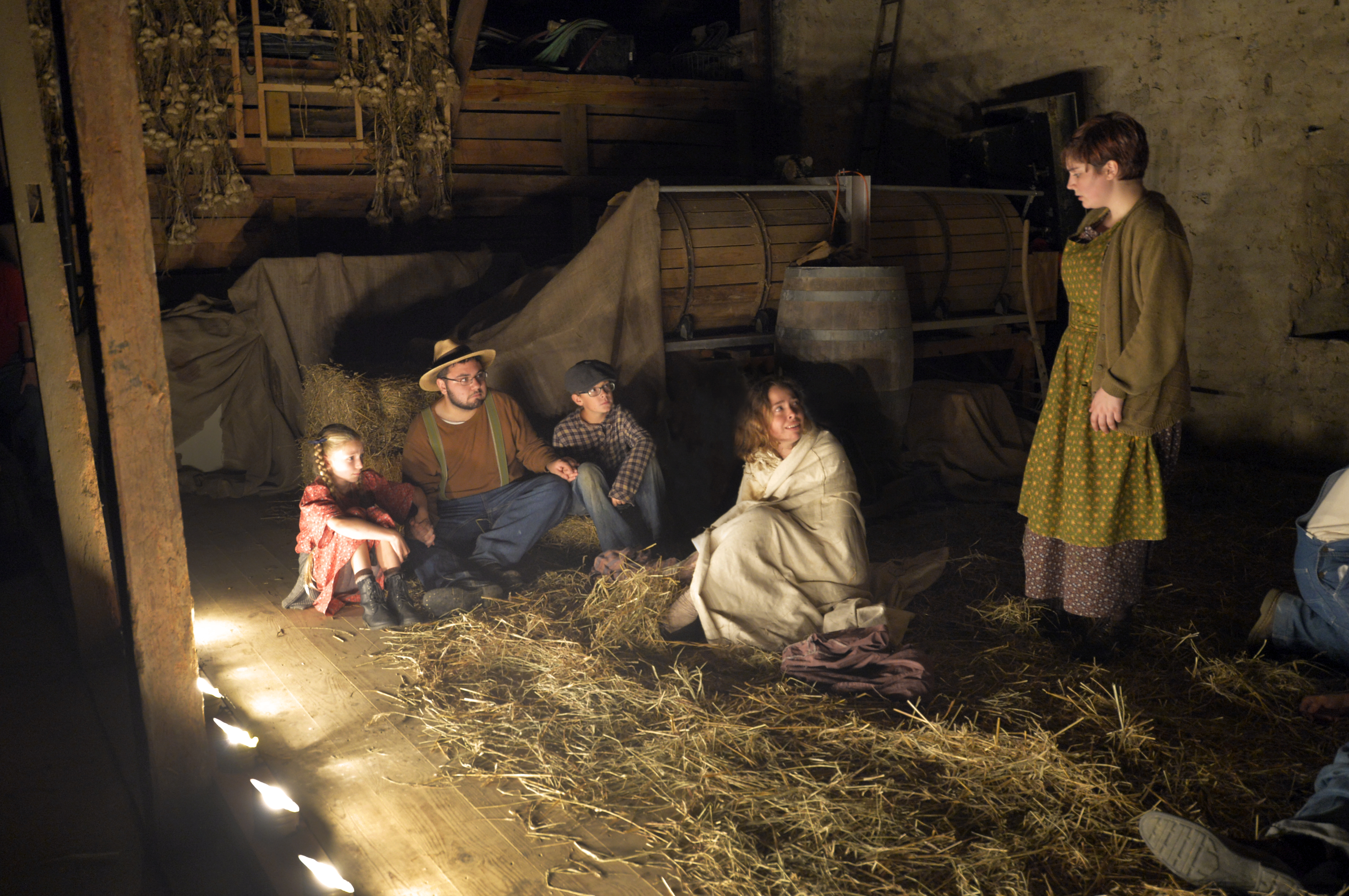 Please scroll down to see all the performances this season and to find the online ticket purchase link.

A play about the most famous performance art piece in history.

Once upon a time, the Russian feminist art collective Pussy Riot, performed their punk prayer,
“Virgin Mary, Chase Putin Away!” on the steps of Moscow’s Church of Christ the Savior in
protest of the illegal 2012 presidential elections. This performance, lasting all of 48 seconds,
earned them two years in jail and international renown as activist royalty.
We Are Pussy Riot (or) Everything is P.R. takes on their modern-day legend, performed by
the Yurodivy (“holy fools”) and informed by trial transcripts, interviews, letters, and all other
matter of media. Through a frantic spectacle We Are Pussy Riot (or) Everything is P.R.
weaponizes the absurd to question the insanity of everyday life.

Art Works is a large scale interdisciplinary project between the dance program
and the arts faculty at Dickinson College. Choreographers Sarah Skaggs,
Erin Crawley Woods and guest artist Christopher Williams, collaborate with
poet Adrienne Su, painter Ward Davenny, sculptor Anthony Cervino,
designer Sherry Harper McCombs, pianist Jennifer Blyth among others to create
an evening of collisions and comminglings among various art mediums.
The project asks what is the role of art in our lives?  What is the "work" of ART?
And what are the various ways that art does it’s "work"?  From the empathic to
the obstinate, Art Works promises to be a transformative evening.

Plays to be announced soon!

The Cubiculo Theatre, above the Carlisle Theater on High Street
FREE admission. (Seating is based on a first-come first-served basis.)

The "tale" of The Winter's Tale unfolds in scenes set sixteen years apart.
In the first part of the play, Leontes, king of Sicilia, plays host to his friend
Polixenes, king of Bohemia. Suddenly, Leontes becomes unreasonably jealous
of Polixenes and Leontes's pregnant wife, Hermione. Leontes calls for Polixenes
to be killed, but he escapes.
Hermione, under arrest, gives birth to a daughter; Leontes orders the baby to
be taken overseas and abandoned. The death of the couple's young son, Mamillius,
brings Leontes to his senses, too late. Word arrives that Hermione, too, has died.
In Bohemia, a shepherd finds and adopts the baby girl, Perdita.
Sixteen years later, the story resumes. Polixenes's son, Florizell, loves Perdita.
When Polixenes forbids the unequal match, the couple flees to Sicilia, where the tale
reaches its conclusion. Perdita's identity as a princess is revealed, allowing her and
Florizell to marry; Leontes and Polixenes reconcile; and Hermione returns in the
form of a statue, steps down from its pedestal, and reunites with her family.

Student choreographers team up with the Dance Theatre Group
(DTG), Dickinson's student dance company, to present a program
of dynamic new dance works. DTG is under the direction of
Professor Sarah Skaggs; Director of Dance.