During the Summer of 2017, the AACCRE program ramped up significantly in numbers of students involved and through doing two trips. In June professors Ben Edwards and Kristin Strock (Env Sci) took a group of 6 students to Iceland for two weeks for a variety of field experiences. We spent quite a bit of time surveying lakes to make background measurements of physical (e.g. temperature) and chemical profiles in lake water columns, as well as collecting lake sediment cores to be used in future studies of diatom climate records. Enough data was collected to support two students presenting these preliminary results at the Fall American Geophysical Union meeting in the fall of 2017. We also got a crash course in the formation of glaciovolcanic pillow lavas during overviews of two rock quarries where several generations of Dickinson students have been working with Professor Edwards. We also visited the site of the infamous 2010 Icelandic eruption at Eyjafjallajökull along the south coast. Professor Strock led a group of students in sampling water from several ponds, which maybe some of the world’s newest kettle lakes, that have formed in the former glacial lagoon of Gigjökull. Professor Edwards and ERSC alum Billy Dougherty ’18 conducted a ground based photosurvey of the terminus of Gigjökull glacier, which subsequently was used in part during Billy’s senior thesis work (which was also presented at Fall 2017 AGU). Besides lots of fieldwork, the group got to see puffins on the south coast at the Black Sand beach, drove up onto Langjökull ice cap and walked on the glacier, and even met with a group of Dickinson alumni who were arriving for a Dickinson-hosted, geology-based tour of Iceland (also hosted by Professor Edwards, otherwise known by his Icelandic name of Benedikt Williamsson). 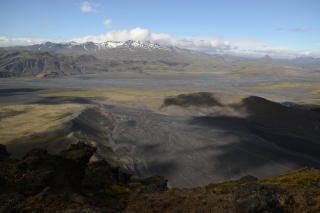 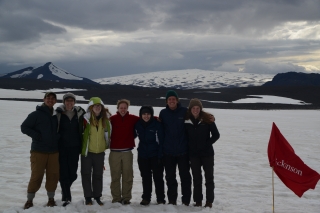 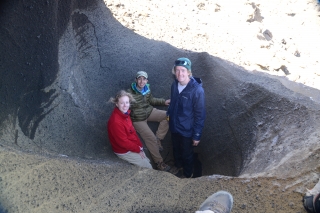 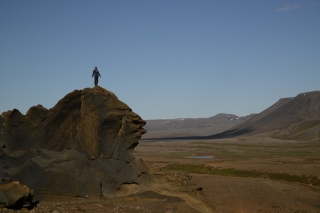 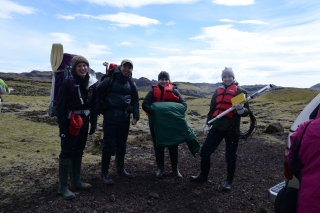