Record turnouts were reported at the polls on Tuesday for the 21 February 2012 Russian Club elections. In a landslide victory, Caroline Elkin '15 was elected President of the club with 4,132 student votes. Voters also chose Mackenzie King '15 for the position of Vice President; King received 100% of the votes for her position after an inspired speech to her constituents. Moments later, in a scandal that rocked the HUB, Eli Blumenthal '14 was elected Secretary as a write-in candidate, receiving 130% of Russian Department votes. His competitors did not show up to the election, deciding instead to go to Quiznos. 3-year old Ksiusha was elected Treasurer in a decision that blurred the boundaries of the Russian Club constitution. A conference call later that evening with the YMCA Day Care Center would confirm that Ksiusha regretfully declined the nomination, stating that the club meetings would interfere with her nap schedule. "Besides, I can only count to 12," she added. The position of Treasurer remains open. After the elections, students and faculty marched with signs and slogans expressing their feelings on the election process and results. 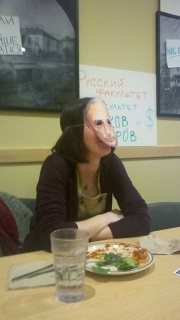 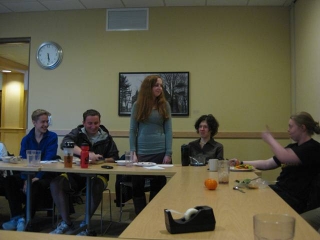 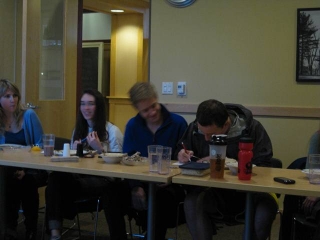 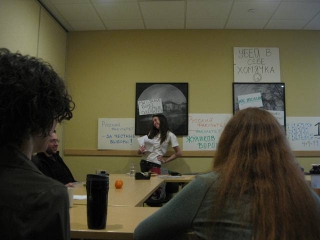 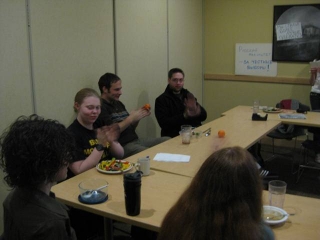 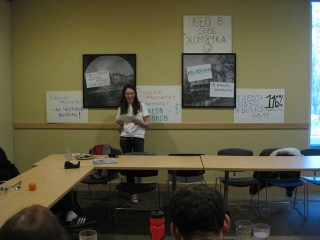 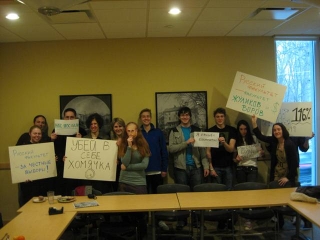