Alexander Pushkin's masterpieces accompany the students from day one of their studies of the Russian Language. As early as Russian 101 they memorize Pushkin's verses, read and analyze his literary works in Russian 232, they stage and perform Pushkin's short stories and enjoy "Eugene Onegin" production at the Metropolitan Opera in New York.

Kelly Heuser'11, Erica Lally'08, James Franklin'12, and Nina Ioannidou'11- each discovered their own Pushkin while in Russia.

Dickinson students pay their respects to the Russian poet Pushkin and lay down flowers on his tomb.

"The school where Pushkin studied is also next to the Catharine's palace near Saint-Petersburg. After we toured Pushkin's school, our cute little Russian tour guide asked us if we knew any of Pushkin's poems. One of the students recited a poem we learned last year, and she looked like she wanted to cry because she was so happy we knew Pushkin," Kara Elder'11.

"Through the Dickinson program we've also done quite a bit of sightseeing. We went to see "Eugene Onegin" at a small opera near my apartment, and it was fantastic. Almost the whole group had seen it together at the Met in New York, but I think we all agreed we liked this one better because we could feel more of the emotion from the performers, even if we still didn't understand most of it," Phil Kiffer'11. 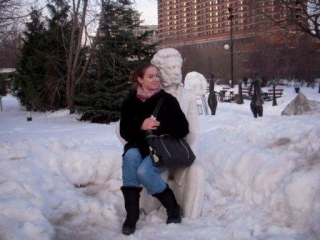 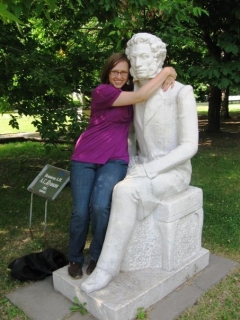 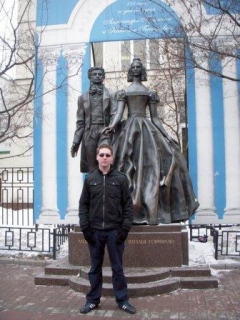 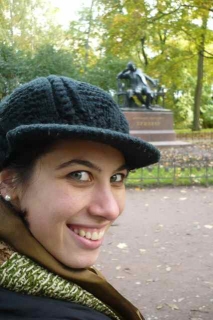 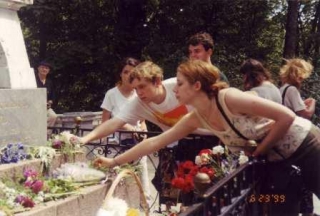