8 Russian majors and minors were inducted into the Dobro Slovo National Russian Honors Society on April 24, 2012.

Dobro Slovo was founded in 1963 and serves as a means for the recognition of academic excellence in the study of Slavic languages, literature, history, and culture. There are over 130 local chapters with a total membership of nearly 7,000 nationwide. Members receive national recognition for academic excellent and a pin and tassel to wear on their gowns on graduation day.

During the ceremony, the Russian Department also recognized faculty members and students for their service and achievement during the 2011-2012 academic year. Graduating seniors who have studied abroad in Russia during their time at Dickinson were presented with Russian flag patches to sew on their graduation gowns. 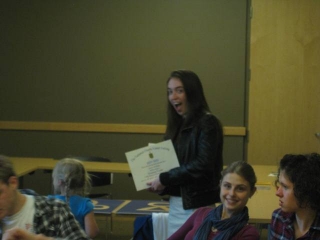 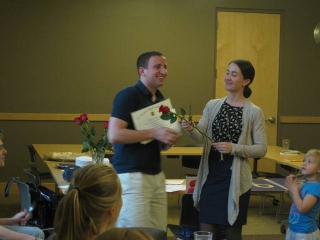 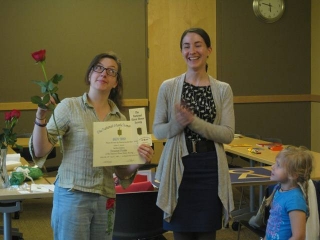 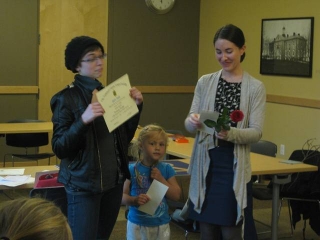 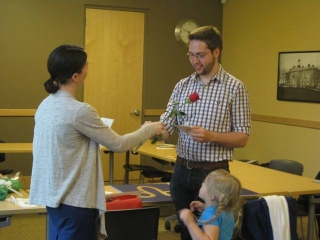 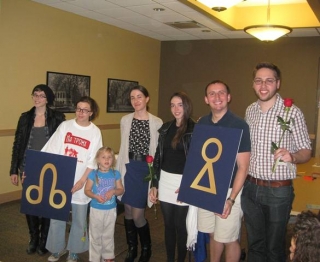 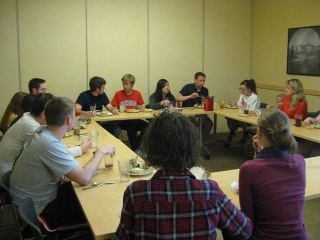 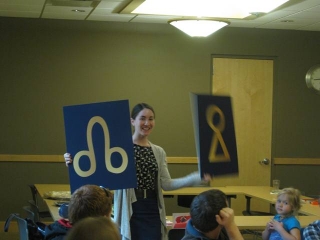