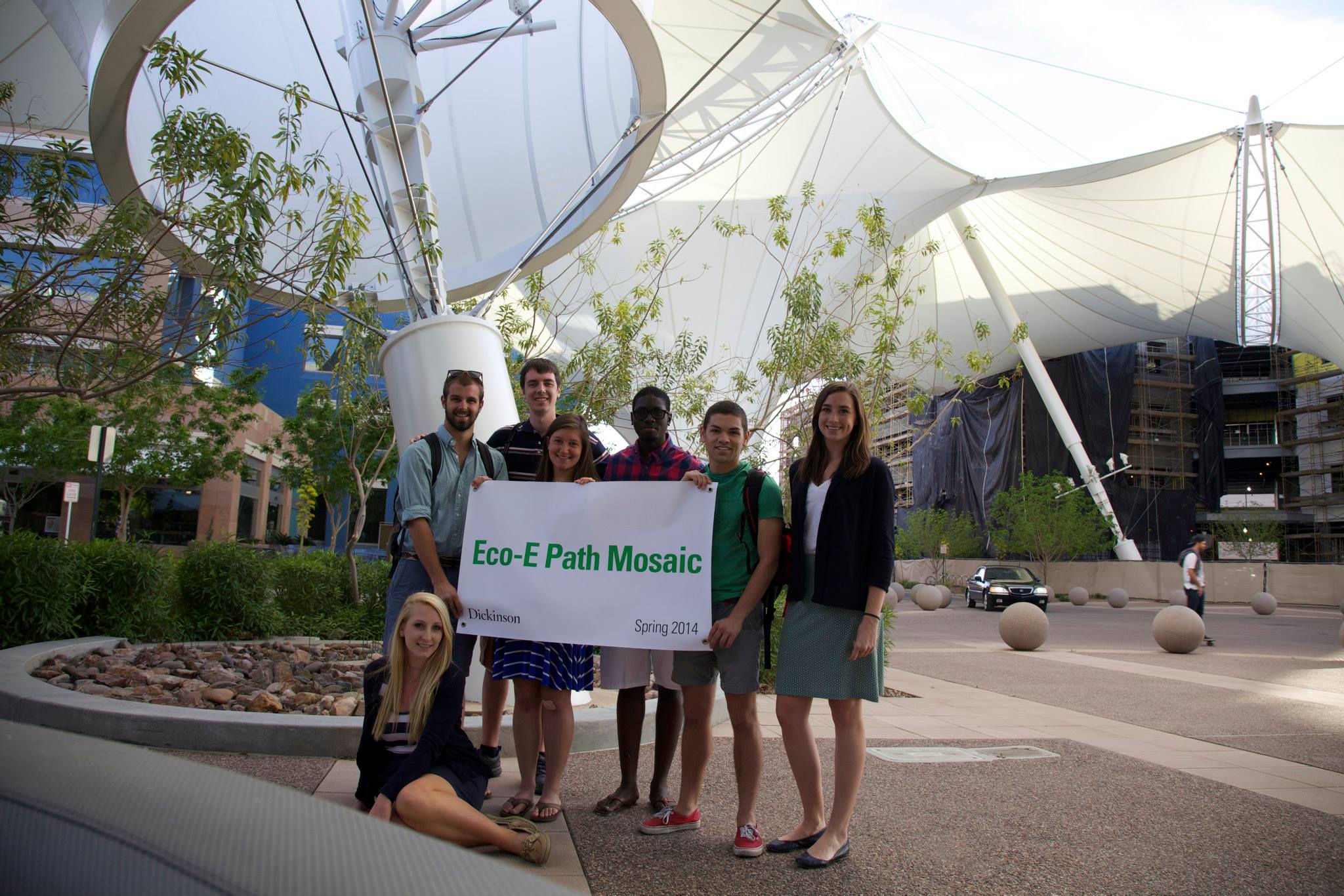 The beginnings of the SINE Certificate date back to early Spring 2013 when Professors C. Helen Takacs (INBM), Anat Beck (INBM), and Emily Pawley (History) proposed a global mosaic that would investigate a single question: How can Dickinson better integrate the study of sustainable entrepreneurship into the curriculum? Drawing on Dickinson’s commitment to a “useful education” and strengths in interdisciplinary and sustainability education, a curricular program in entrepreneurship seemed like a natural step and a good fit.

With the support of the Community Studies Center, the Center for Sustainability Education, the Provost’s Office, and an anonymous donor, the Eco-E Path Mosaic launched in the Spring of 2014. The program was composed of three courses, two in International Business & Management and one in History, wherein the seven students were challenged to approach entrepreneurship from an interdisciplinary lens. The students themselves represented all four class years and came from the departments of International Business & Management and Environmental Studies: Nick Bailey ’16, Hope Boyer ’14, Justin McCarty ’15, Matt Musante ’14, Joojo Ocran ’17, Cyrena Shiland ’14 and Kaitlin Soriano ’15.

The Eco-E Path Mosaic hit the ground running, collecting information about curriculum development and conducting an internal analysis of resources for a new curricular program. The students conducted dozens of interviews with faculty and administrators, as well as alumni in the field of entrepreneurship.

By mid semester, the Mosaic moved on to an examination of existing programs in sustainability and entrepreneurship outside the limestone walls. The group embarked on a ten-day tour of universities in Arizona, including trips to the entrepreneurship and sustainability centers at the University of Arizona, Arizona State University, and Northern Arizona University. They were exposed to programs that served thousands of students, fostering new technology, incubating student ventures, and empowering students to be agents of positive change.

They returned to campus with a renewed sense of importance and mission. It became clear that this curriculum in sustainable entrepreneurship should take the form of an interdisciplinary certificate, and students who completed the certificate should emerge from Dickinson with an infused understanding of sustainability, creativity, and social justice that enables them to initiate positive change. Further, it became imperative that students who completed the certificate would have an experience outside the classroom to practice and learn entrepreneurship with their own hands.

By the end of the semester, the students had developed a complete curricular proposal: articulating learning goals, developing new courses, and creating a path that was accessible to students of any major. The SINE Certificate was the first time in Dickinson’s long history that students played a role in the development of curriculum. In conjunction with the Academic Program & Standards committee, the students’ proposal was taken up by a group of faculty and administrators for refinement, and the final program was approved in the Fall of 2014.